After closing on my first real estate investment last week I’ve been busy preparing for the rehab and getting basic services like electric, water, garbage, etc. and had some minor electrical work done to the house.  Speaking of electrical work while I was in the attic doing a closer inspection of the insulation needs I noticed that there was a lot of debris in various areas of the attic floor.  Apparently some type of furry rodent had at one time made this space his/her home (I’m thinking a racoon).  I’ve decided to remove all of the existing insulation from the attic as it is really in no condition to remain.

I placed a mesh wire over the vents on each end of the attic to prevent the return of whatever creature made my attic their home.  It doesn’t look like there has been any recent activity, but before I invest my time and money on this I want to make sure it is secure.  Removing the insulation, although a mundane, hot job, is not expensive.  I knew it would need to be reinsulated so other than my time I’m not incurring a large expense.  However, what will add an unexpected expense is replacing the electrical wiring.  Apparently these guys were bored while hanging out and decided to gnaw on the electrical wiring.  This is not good as that insulation wrapped around electrical wiring is there for a reason.  There are some things you just can’t anticipate when you buy a foreclosure, this is one of them.  I can’t say for sure, but I think the party that transpired looked something like this:

Racoon party in The Stoic’s Attic.

I’ve started the demo of the bathroom in anticipation of it being one of the first rooms to remodel.  Everything is coming out and I’ve pried most of the tile off the floor and around the tub.  The sink as been removed and since there was no shut off valve under the bathroom sink I added them.  Now if there is an issue with a leak or the future owners want to change a sink they don’t have to shut off water to the whole house.

Here are a few more pictures that show the condition of the house in its “before” state: 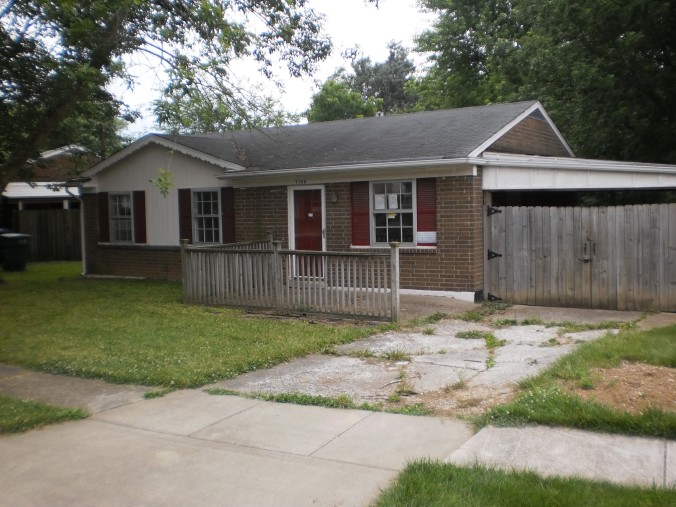 The kitchen will be getting new appliances, floors and paint, but I think the cabinets

can be salvaged with new paint and hardware.

Looking from the living room into what once was a bedroom and will be again.

Complete renovation of the bathroom has already started. 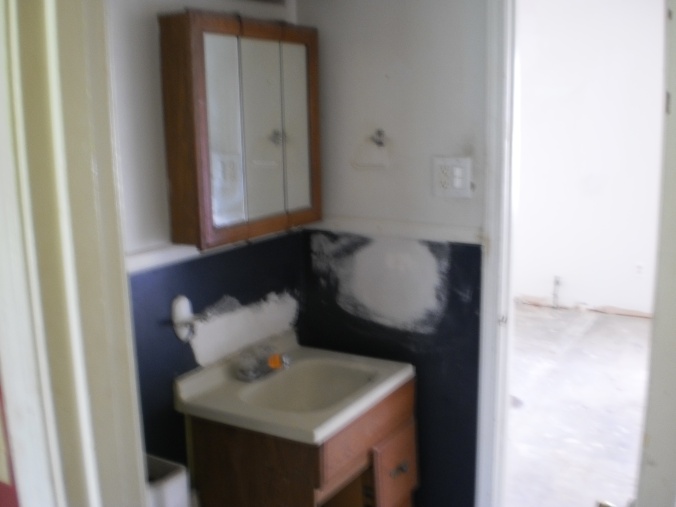 Vanity and medicine cabinet have already been removed.

Bedroom in need of paint and a floor.

The plan is to add a deck and privacy fence.  Not sure what I’m going to do with the car port???

The plan for the next couple of weeks is to remove all of the old insulation and getting the electrical system updated.   One of the first big projects is replacing the exterior doors and windows as well as enclosing the soffits with a vinyl siding.

Any of you readers been through this process before?  Any suggestions???

3 thoughts on “The Adventure Begins”